Made a super awesome find yesterday. Pays to watch your change!!!
So yesterday i stopped at a convience store to get an arizona tea, i paid with a twentystuck the change in my pocket then thought well while im here ill get my wife a lemonade. So i grabbed that and went back to the counter pulled out the money i had just gotten in change and went to hand the clerk the 5 sbe had just given me when i noticed it had a red seal rather than a green one then i looked closer and across the bottom it said " will pay to the bearer on demand!!" Holy cow!! A silver certificate!!!!
Sandhillbilly is offline
Quote Quick Reply
post #2 of 13 (permalink) Old 06-17-2019, 04:45 AM
land_owner
Super Moderator

Certainly a good find. I often wonder how and why those are returned to circulation. Robbery perhaps? Sudden need for spare change? At Christmas, when I bagged groceries while in high school, some folks would tip with Silver Certificates. Many folks wouldn't know the difference, which is why they are spent rather than sold. Too bad you cannot demand the silver that was to back them...
Land Owner
Frequents GBO Forums:
Cast Bullet Discussion.....Deer Hunting.....Hand Loading Rifles/Handguns.....Hog/Wild Boar Hunting.....H&R Centerfire Rifles.....Wildlife/Land Management
land_owner is offline
Quote Quick Reply
post #3 of 13 (permalink) Old 06-17-2019, 09:16 AM Thread Starter
Sandhillbilly
Senior Member

It is a curiosity, how it was floating around,, in pretty good shape so ot hasnt been all this time
Sandhillbilly is offline
Quote Quick Reply
post #4 of 13 (permalink) Old 06-17-2019, 11:09 AM
ironglow
Senior Member

I know one way they get into circulation;

This was about 62 years ago.. My wife's (fiancé then) Mother Had an old cigar box with her collections of memorabilia. and a few handfuls of coins..including many Indian head pennies.

She had put the box back in the closet and forgot it for years. Then one day she decided to pull it out and reminisce over he memorabilia.

Imagine how surprised she was, when she discovered most of the coins had disappeared1

It was found after a family meeting, that the wife's little sister, was frequenting the little old country store just down in the village..and enjoying ice cream bars and the penny candy jars..

The hired help at the store never mentioned it !

For three years in high school I worked part time for wages and tips as a grocery bagger for Pantry Pride, which is not unlike Publix and Winn Dixie. My father and I would go through the days coins, and sometimes paper money, like numismatists. He would keep and save all of the unique coins. We had a very large collection and he had gone through all of it and categorized most of it. At his passing, Mother took all of it to the local coin dealer, who gave her dollar for dollar. I never got a chance to stop her before it was a done deal and long gone. I could have used the value of those silver certificates, WWII era steel pennies, wheat pennies, and dozens of pounds of silver coins.
Land Owner
Frequents GBO Forums:
Cast Bullet Discussion.....Deer Hunting.....Hand Loading Rifles/Handguns.....Hog/Wild Boar Hunting.....H&R Centerfire Rifles.....Wildlife/Land Management
land_owner is offline
Quote Quick Reply
post #6 of 13 (permalink) Old 06-17-2019, 06:46 PM
Shootall3
Senior Member

I went to college up in the mountains of VA. We would go in stores so far back in the woods the gas pumps sat on the ground no pad. We would get silver coins often.
Shootall3 is offline
Quote Quick Reply
post #7 of 13 (permalink) Old 06-18-2019, 09:15 AM Thread Starter
Sandhillbilly
Senior Member

You still frequently find silver coins when my oldest son was working as a cashier he got so good he xould tell a silver coin by the sound it made when he dropped it in the drawer
Sandhillbilly is offline
Quote Quick Reply
post #8 of 13 (permalink) Old 06-19-2019, 12:59 PM
Argent11
Moderator

Some guy in England recently accidentally dug up an old gold Roman coin. Valued at 700,000 dollars. How would you like to find that change?
Argent11 is offline
Quote Quick Reply
post #9 of 13 (permalink) Old 06-19-2019, 01:45 PM Thread Starter
Sandhillbilly
Senior Member

Quote:
Originally Posted by Argent11 View Post
Some guy in England recently accidentally dug up an old gold Roman coin. Valued at 700,000 dollars. How would you like to find that change?
That would be awesome. Making me want to go metal detecting david!!!
Sandhillbilly is offline
Quote Quick Reply
post #10 of 13 (permalink) Old 06-19-2019, 01:54 PM
sagia308
Senior Member

nice star notes are cool too 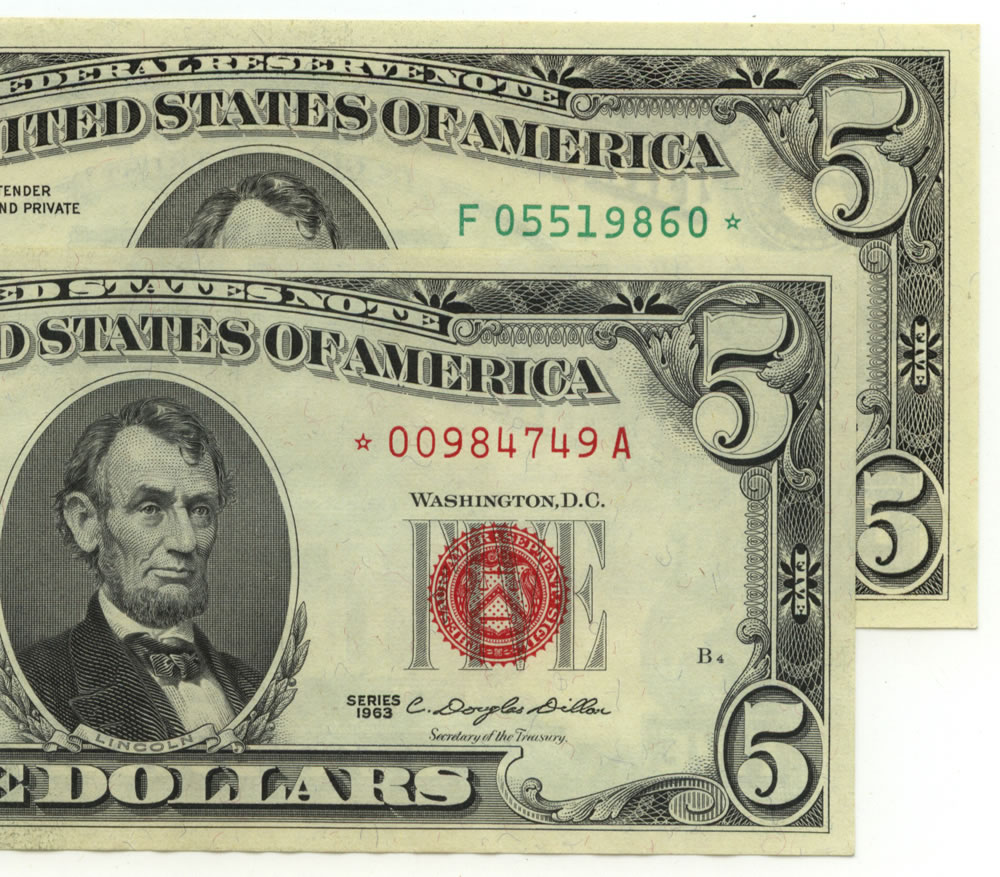 i picked them up in the casino cashier cage years agowhen working thier i had a girl friend there she picked the out for me and i paid for them dollar for dollar
https://www.mycurrencycollection.com...nce/star-notes

you can look up each note too see its rareity super cool
https://www.mycurrencycollection.com...r-notes/lookup
sagia308 is offline
Quote Quick Reply