Landlocked property without access. Chew on this and let me know your thinking...
Limited space and time.

Story goes, in the same State but another city two hours away, I inherited a 10-acre parcel that is landlocked and without an ingress/egress easement - even in the face of State law that specifically grants an "easement of necessity" to a landlocked parcel.

I met with the adjacent land owner that surrounds me on the North and East from where the only place for access will come. We chatted amicably and I asked him nicely if he would grant me an easement. His reply was one word, "No!" With that, there really wasn't much else to talk about, but for the next 45-minutes I listened as he told tales of his family and his friends using my land over their lifetime. He had thought it his father's property inherited by him when his father and mother passed. He has always treated my inherited property as his own (though he has never paid one cent of tax for it).

To the South is a "Government taking" through my land for a Public biking and hiking trail where the railroad used to run. That taking has cut off ANY access from the South (no motorized vehicles) and outparceled a small piece of my property on the South side of the Government land.

To rub salt in my wounds, in the middle of my land (from the East) the adjacent land owner has an improved driveway from the public road (that carries HIS name) and which fronts his property. His father's house is immediately North of and adjacent to the end of that driveway. From the end of that driveway, he has constructed a culvert across a large drainage ditch and made a dirt driveway there, that crosses a 100-foot wide cattle pasture, which driveway he and his associates use to herd cattle, drive mowing equipment, and dump ruined trailers of junk on my property through two (2) brand new gates he has cut into our adjoining fence - one on the East side of my property and one on the West side of my property. He has even "improved" by tree cutting over time to create a driveway across the middle of my land for his use in reaching the West parcel for his cattle and mowing equipment. He even turn his cattle out on my land to graze.

I gave him an exclusive time frame to purchase my land and suggested that he consider the County Property Tax Accessor's value for taxation. He offered 1/3 that value.

I have sought the assistance of four (4) different Real Estate Attorneys, to no good end. They have not performed any cases that were landlocked. A private Property Accessor has suggested that the close-association of family and friends in the surrounding properties there would preclude anyone but them from the land's purchase. He believes (as did one of the attorneys) it prudent that a fee would have to be paid to the landlocking owner for the right to an easement.

My thinking is that the landlocking owner has created a "Prescribed Public Easement" across his father's driveway, the 100-foot cattle pasture dirt driveway/culvert, and through the middle of my land with his two new gates. My spouse is concerned that no Judge is going to grant us an easement across the existing 100-foot dirt driveway/culvert due to the pasture it crosses for holding cattle.

The private Property Accessor says he can value my property AS IF it had access and that would set the Market Value. Then, with any and all landlock parcel sales he might be able to find, he would diminish the value of my parcel between 40% to 90% for having NO ACCESS.

1.) I could sell this "diamond in the rough" to the landlocking owner at his 1/3 price (after which he could establish a road across his property and sell mine for 4 to 8 times that value).

2.) I could GIVE this property to the State and write it off in taxes, one of its environmental divisions comes to mind, which might possibly put a cold chill down his and every adjacent land owner.

3.) I could attempt to sell it to the public AS IS and let someone else deal with it. Getting folks to see it with no ingress easement is problematic.

Pictures each worth 1000-words. All pastures either owned or leased by the Business Owner, who is also the owner of two (largest) of three private residences that have me landlocked. A stream (outlined in black) runs through the North end. 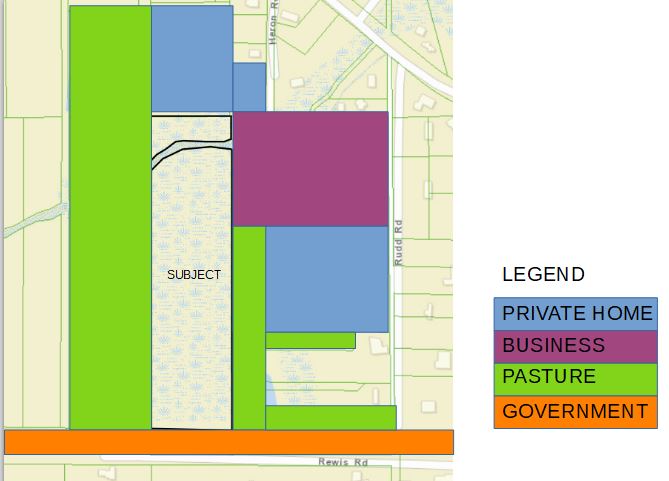 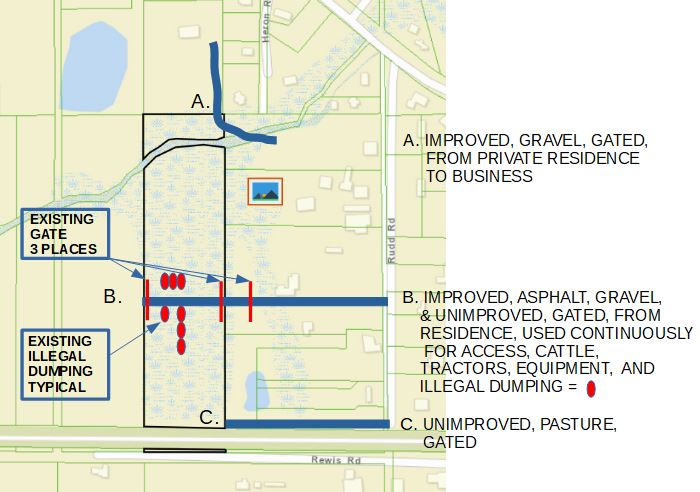 Seems you could access the land via the government portion. If they don't want to purchase at your price, I'd erect a fence around your property and send a certified cease and desist to the trespassers.
"Freedom is the sure possession of those alone who have the courage to defend it."
~Pericles~
O-mega is online now
Quote Quick Reply
post #3 of 79 (permalink) Old 08-30-2019, 05:13 AM
Ex 49er
Senior Member

maybe tell that jerk that if he doesn't give you a fair price your going to walk in on the government land with a chain saw and open a trail the whole length of your land and put "open to hikers and campers" signs on it so he gets all kinds of visitors. Heck use you saw and make some rustic camp sights and put a sign up 50 bucks a night and leave a can there. You might even make some money. Heck advertise rustic walk in deer hunting experience. Youd be surprised how much yuppys like crap like that. Up here you even see Tee Pees at private campgrounds for that "rustic camping experience" Even if zoning doesn't allow you to make money a couple years of campers and hunters that use it for free will have them ready to write a check for twice what that property is worth.
MAKE AMERICA GREAT AGAIN! STEEL FOR TANKS NOT FENCES!!!
Last edited by lloyd smale; 08-30-2019 at 08:07 AM.
lloyd smale is offline
Quote Quick Reply
post #5 of 79 (permalink) Old 08-30-2019, 09:07 AM
quatroclick
Member

Find someone to start a rumor that you have an attractive offer from some jihadists who want to use it for a training camp.
"And the government promised me a posse, which I figure will be long on promise and short on posse." - Rooster Cogburn
quatroclick is offline
Quote Quick Reply
post #6 of 79 (permalink) Old 08-30-2019, 09:36 AM
mcbammer
Senior Member

We had a similar situation when Grandparents divided up their farm among the the 3 children , one siblings tract lay behind the others causing a big squabble over a easement access . To make a long story short try to stay out of court , Because nobody wins but the lawyers .
Last edited by mcbammer; 08-30-2019 at 09:38 AM.
mcbammer is offline
Quote Quick Reply
post #7 of 79 (permalink) Old 08-30-2019, 10:37 AM
30calflash
Member

Would the state get involved as it's boundary is against yours? What kind of dumping has been going on there? I\s the neighboring landowner/user to blame? Or is it from others walking in and using it on their forays into the wild?

The roads going thru it, are they legal? If not you could drop a tree across, put your own lock on his gate(s). Close the access would be a first choice and legal one.
30calflash is offline
Quote Quick Reply
post #8 of 79 (permalink) Old 08-30-2019, 10:40 AM
va rifleman
Member

Sounds like a case of attempted “Adverse Possession”. Not sure how Florida law handles such. Is it posted with no trespassing signs in your name?

Your 2nd option is attractive if you can lock it up with a rock solid conservation easement.

Perhaps a tree hugger .org (they have lots of lawyers) would like a 10 acre track bordering a stream?

Another option. Many gentlemen like your neighbor accumulate motivated enemy’s over the years. Find the right person who fits that bill, sell / lease him your land for $1.00, then stand back and watch the fun.

If any of those fences are completely on your land, then make some holes and his running cattle on your place will become problematic. Hard telling how many rusty ol nails and spikes may be on that road he cut across your land.
va rifleman is offline
Quote Quick Reply
post #9 of 79 (permalink) Old 08-30-2019, 10:44 AM
ironglow
Senior Member

How about telling that uncooperating neighbor, that you are considering raising a few hundred domestic hogs on your land?

After a better look, I'm fairly sure you can get the city of Jacksonville to allow you access from Rewis Rd across the Jacksonville-Baldwin Trail. First order of business is to cut off access to that improved and the unimproved road . With all those trees, I'd fell a few across them, lock the gates with your own chain and setup trail cameras, well hidden, for the inevitable trespass to come. His pasture land seems landlocked as well, so it will be in his best interest to settle amicably, though it sounds like he may be a tough sell. Not sure what your eventual plans are, or what you can legally do there, but 10 acres of trees may be a good way to pay for some of it.
"Freedom is the sure possession of those alone who have the courage to defend it."
~Pericles~
O-mega is online now
Quote Quick Reply