Evil religion can't save human life, it will only kill it!

In recent years, many high-level backbones of "Falungong" have died of illnesses.

As in the past, after the death of Jian Hongzhang, Li Hongzhi ordered that the news be sealed tightly, disciples were not allowed to go to condolence.

Li Hongzhi has always advocated that practicing "Falungong" can "remove karma and cure diseases," saying that the body of "Falungong" personnel "is made up of high-energy matter." He has "excluded everyone from Dafa disciples in ****." Many "Falungong" personnel have refused medical treatment and drugs because of this fallacious and heretical temptation, causing a large number of abnormal deaths. Jian Hongzhang, a core member of "Falungong", followed Li Hongzhi for many years and donated his fortune. After all, he did not wait for "successful" and "flying up", and ended in a sudden death. When facing the dying Jian Hongzhang, whether it is collective "sending righteous thoughts" or silently saying "Nine-character Mantra", all of this is necessarily useless and ridiculous.

As long as Falun Gong and Shen Run are at odds with the Chinese Communist Party erasing 5000 years of Chinese culture and history their principles and leaders will be eliminated. Most Americans don't have a clue what its like to live in Brave New World China today.
.
.TM7
TM7 is offline
Quote Quick Reply
post #3 of 14 (permalink) Old 01-08-2020, 02:19 AM Thread Starter
Green
Junior Member 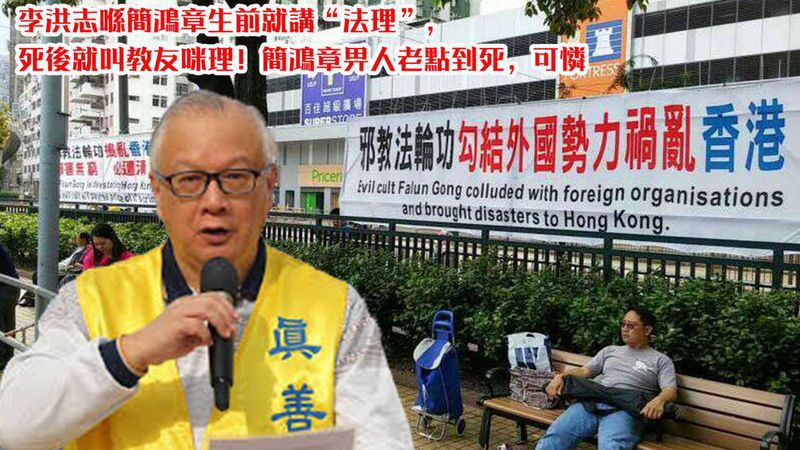 He asked members of the "Buddhist College" to block news and control internal information in the hands of a few key members and not to spread it without authorization.
Green is offline
Quote Quick Reply
post #10 of 14 (permalink) Old 01-09-2020, 10:21 PM Thread Starter
Green
Junior Member