Howa mini action in 6.5 Grendel Or Ruger American. Put some decent glass on it, Leupold Freedom 2-7 for example. CZ might have something in a more traditional look for a bit more money.

Quote:
Originally Posted by rswink View Post
So, empty nesting and my wife decides she is going to learn to hunt. ......
3 are smaller rifles, compact, youth models. I find them all too short.

So, deer rifles.. Oh, and the important part, she has set her budget around $500 for everything.
.....
She like "older looking" wood and blued metal.


Man! You may have options here?!


What are these compact rifles and what cartridges?


Restocking 1 would say within budget and probably have $$$ for good optics.


PS: I personally, have had real good luck at pawn shops when I asked "to see some deer rifles with character".
Most all shops don't have everything out on display at same time! I've been surprised at some they had in back.
Ray
RaySendero is offline
Quote Quick Reply
post #13 of 27 (permalink) Old 06-29-2019, 01:01 PM
spruce
Senior Member

Judging from what she's already shot and liked I'd say most any non-magnum caliber in the .243/6.5/7mm-08 general class would work out.

When it comes to picking out the gun itself it's far better if she picks that out, not you! If you pick it out and she doesn't like it you won't hear the end of it.

Take her where she can look at and handle several different rifles to see what she likes the looks of and finds comfortable - it may surprise you what she picks.

As an example, when my wife wanted her own shotgun to shoot informal clays and possibly an occasional bird hunt we went to the gunshop and she looked at quite a few - and ended up picking out a Benelli Nova 20 gauge. Now, I know Benelli makes a good gun, but a Nova would have been WAY down on my list if I was picking one out for her (or me). But it just felt "right" to her as soon as she picked it up.
spruce is offline
Quote Quick Reply
post #14 of 27 (permalink) Old 06-29-2019, 10:09 PM
Zingger
Member

She got a 243, got her wish list filled for $430 plus the government's mandatory penalties for buying things.

She is very happy to have it, now to start her shooting it. Plus, she got her wood stock and blue barrel with a scope. Mossberg Patriot Youth Model in .243 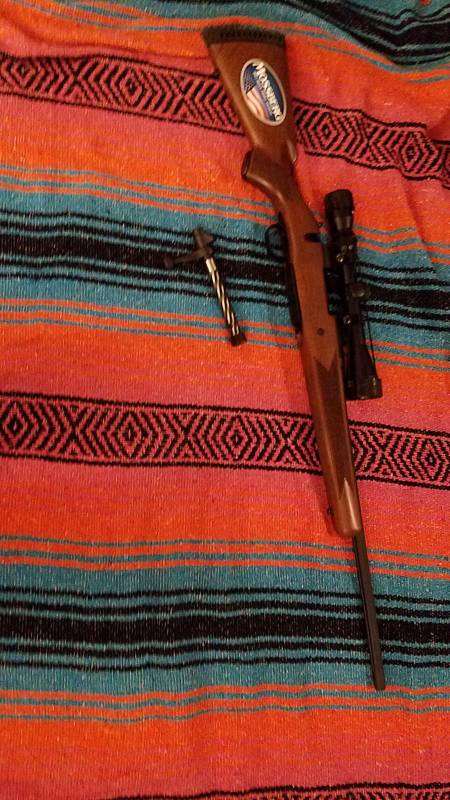