Quote:
Originally Posted by lloyd smale View Post
If your stupid enough to stick one in a sock drawer full of socks or grab the gun under your pillow by the trigger then I cant cure stupid. ANY loaded gun can be dangerous around stupidity. If you cant handle a glock safely you should stay away from guns period. Its not them that's dangerous its you
That's a bit strong but the theme is valid. One can hide a firearm anyplace they wish, they just need to remember where it's at and in what condition - ie: safety off, round in chamber etc.

Now sticking your finger within the trigger guard, as you're withdrawing that firearm from concealment could result in an AD, if enough pressure is placed on the trigger. In a very high stress environment where you think/know your life is in serious jeopardy - things like withdrawing your firearm from your holster/under a pillow etc with finger on trigger does on occasion happen to the best trained among us and a round is fired unintentionally.

Happens to people in law-enforcement, military and special ops boys within each military branch. As long as you practice safe barrel control, all is well.

A person having adequate firearms training and does quite a bit of shooting still may have qualms about firearms without external safeties or carrying firearms such as the 1911 with a round in the chamber and hammer fully cocked. I know I was hesitant carrying a 1911 that way as a youngster but after carrying in that manner for a couple of weeks - it felt natural and I've since been comfortable with all types of firearms carried in any number of methods - safe barrel control is key. The Glock did get my attention when they were 1st out and available with their safety setup, but I used one for awhile and learned to trust that system completely.

I've had my share of AD's, which are now classified as negligent discharges, but with proper barrel control, the only thing I've ever damaged was my pride.

As an example, I picked up an Uzi (fully auto) and joined a group on the trot. Slammed home a mag and released the bolt - No prior experience with that toy, so had no idea it fired from an open bolt. Members of that group just gave a peek in my direction as we headed out and belly laughed at my expense - both at the time and later at the watering hole. Expensive evening it was. Did it a week later while on the line just practicing with several types of foreign arms - I detest firearms firing from an open bolt, as my brain is not wired in that manner.

If one could just educate themselves on whatever firearm they are about to use - then things like the aforementioned probably wouldn't ever happen, but when you're so "experienced" and "knowledgeable" about such matters, well, eating humble pie every now and again is good for the soul and keeps one from sweating the small sh*t in life.

Do not fear the Enemy, for your Enemy can only take your Life. It is far better to keep the Media at bay, for they will Steal Your Honor.
ole 5 hole group is offline
Quote Quick Reply
post #22 of 28 (permalink) Old 11-04-2017, 03:15 PM
Sheridan5mm
Senior Member 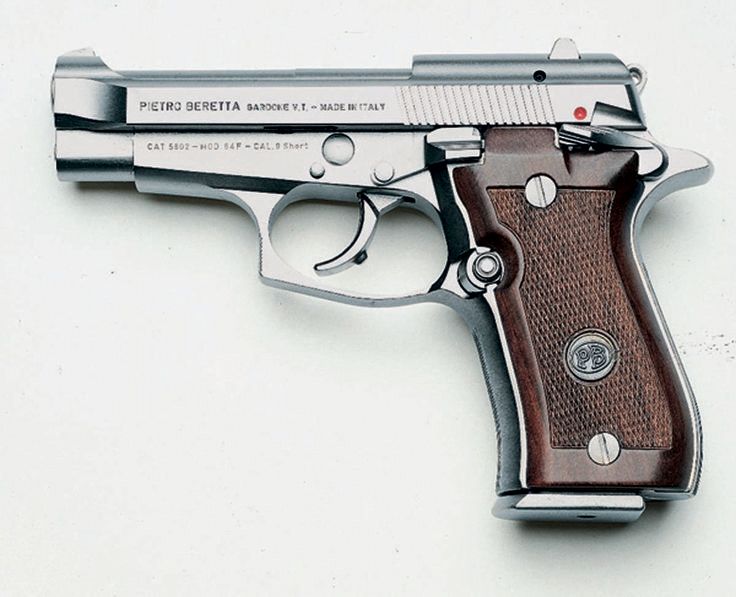 "Go afield with a good attitude, with respect for the wildlife that you hunt and for the forest and fields in which you walk. Immerse yourself in the outdoor experience. It will cleanse your soul and make you a better person." Fred Bear

I put a pellet out of the Blue Streak in the ceiling once. As I wasn't the last person to handle it and didn't expect for it to be loaded, even though it's normal to keep it with a couple of pumps in it.

But no real harm, as I always am conscious of where the muzzle is pointed on any gun.
"Go afield with a good attitude, with respect for the wildlife that you hunt and for the forest and fields in which you walk. Immerse yourself in the outdoor experience. It will cleanse your soul and make you a better person." Fred Bear

Stating that striker-fired pistols are superior to hammer fired pistols is not a fact, it is an opinion. I grew up on 1911 and revolvers, so sweeping down a safety or pulling a double action trigger are second nature to me just like breathing. The Smith & Wesson shield with the thumb safety is just glocky enough to be cool and the thumb safety adds reassurance to those so inclined. I have nothing against Glocks, they are just not my cup of tea.

With few exceptions most handgun "safeties" do nothing but prevent the trigger from being pulled. In case of parts breakage or a poorly adjusted sear engagement the gun can still fire without pulling the trigger if dropped. So, safety on or safety off or no safety at all they are all equally safe if you just keep your finger off the trigger. The one exception I can think of would be the old Star with a thumb safety which actually engaged the tail of the hammer and cammed it back and held it rock solid, a Star cannot fire with safety engaged.
The story of David & Goliath only demonstrates the superiority of ballistic projectiles over hand weapons, poor old Goliath never had a chance.
coyotejoe is offline
Quote Quick Reply
post #26 of 28 (permalink) Old 04-26-2018, 08:51 PM
Empty Quiver
Senior Member

Quote:
Originally Posted by Jim Stacy View Post
Sig makes a nice compact PPK like gun , Mod 230 I think, and they are in 9MM so you have a step up in power. They are a nice gun also.

I wish Id gotten one before they were discontinued. Handsome pistols in my opinion.


Sent from my iPhone using Tapatalk
**Concealed Carry...Because when seconds count help is only minutes away**
Empty Quiver is offline
Quote Quick Reply