vintage tractors
I am not a collector/restorer, but I do find them to be an interesting study. I was raised on International Farmalls...but I have long been intrigued with the Silver King brand.

Certainly not a major brand, but interesting, none the less. Here's history of them. http://www.silverkingtractors.com/Articles/History1.htm

What brand is your favorite?

For a reason I am not sure of, for years, and a lot of them, I had ill feeling towards John Deere, even though one grand-father had one you started by hand with a fly wheel.
Oliver and Minneapolis Moline were the ones whose site at the State Fair I really looked forward to visiting then White bought them and killed them.


Here are the biggest MM and Oliver tractors before white turned them totally into brand engineering. 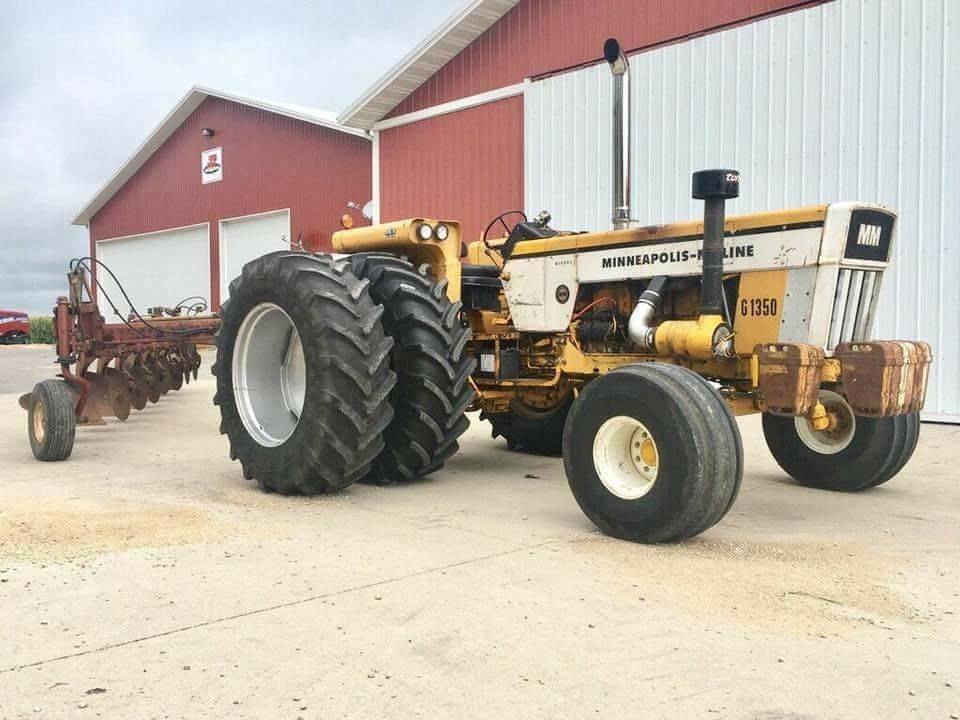 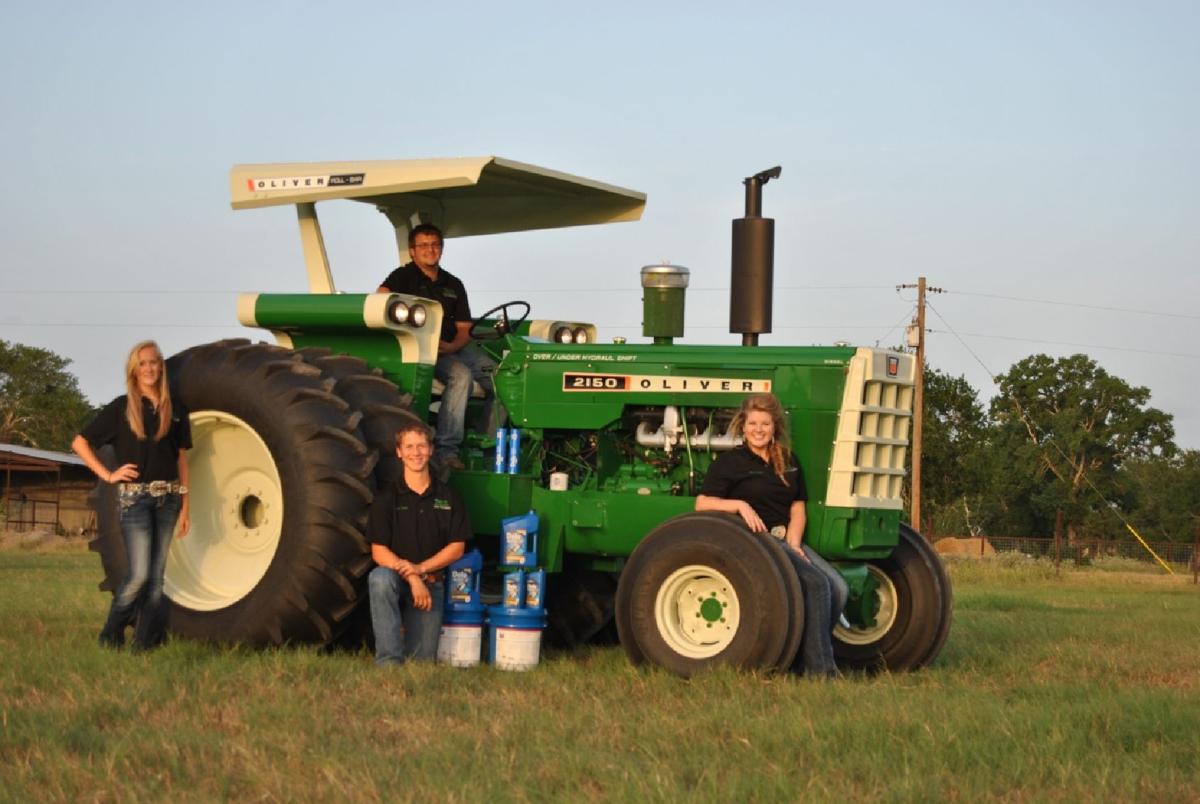 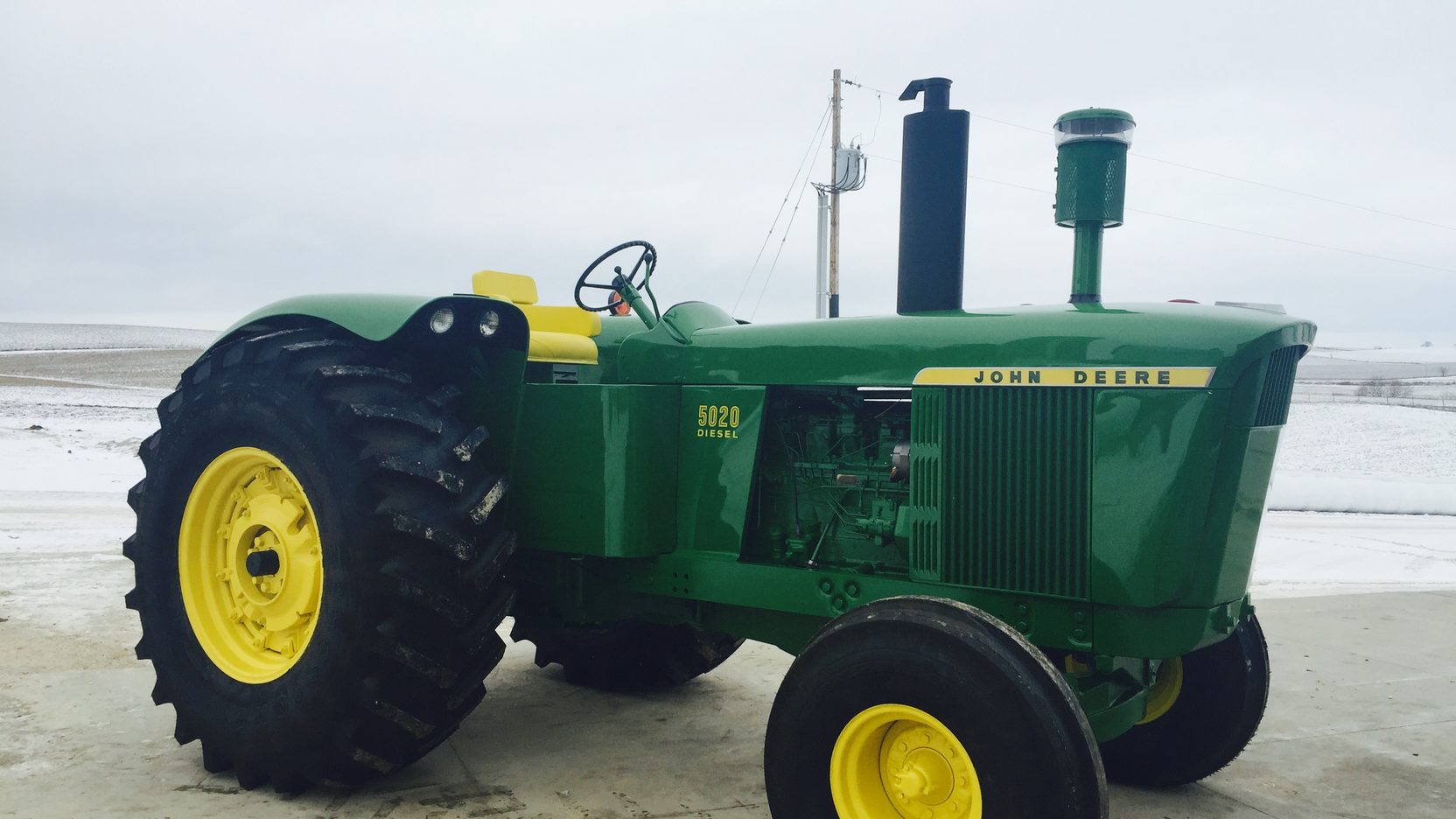 Then came the 100 HP race and every one was bring out a tractor with at least 100 hp and more,

Nowadays 100 HP is a medium size tractor, Kobuta who used to be one of those little foreign jobs has a 170HP model.
When I go to a fair, state or county, machinery hill is the highlight for me, IF it has one.
John Deere and Kubota are the only two with company displays at the Minn. State Fair.

Now John Deere is the only U.S. tractor company that is not part of merger, though they have bought up a fair number of foreign makes, so my grudge against them faded away.
I do go to a lot of the tractor sites on line and try to get to farm threshing and vintage tractor shows, though now that dad is gone, not like I used to.
The biggest current offerings and vintage shows are in Illinois and I am going to get to them sooner rather than later.
The boys, who collect tractors from the sixties to eighties want one with out cabs. They have a term for it I cannot remember.
Same goes for no Front Wheel Assist, those are the more desirable, oddly John Deere was the last one to make FWA an option on their biggest tractors.
RR
Last edited by Bob Riebe; 07-09-2019 at 08:59 PM.
Bob Riebe is offline
Quote Quick Reply
post #3 of 62 (permalink) Old 07-09-2019, 09:11 PM
DEACONLLB
Senior Member

The one I owned and loved never fail to start was a mod SC 1952 case 3 point hook up and the thing would run on any type of gas you put in it.

I like to see the vintage tractor pulls at the county fair.... but wouldn't pay a dime to see the loud, hot rod tractors..just me, I guess..

I liked some of the old Case tractors too.

Some of the old tractors which performed better than I expected in the vintage pulls at the fair, were the old Allis chalmers W45 and WD45...along with an old MM model U, which was a regular there.

..And oh yes..I got tractors spelled correctly...just a clumsy typo..

Quote:
Originally Posted by Bob Riebe View Post
Now John Deere is the only U.S. tractor company that is not part of merger, though they have bought up a fair number of foreign makes, so my grudge against them faded away.
Who is AGCO a part of a merger with??

They are an American tractor company, and they are still AGCO and I don't think they have ever merged with anyone......

DM
Lincolns legacy is, he freed the slaves

AGCO is a large international company that bought Hesston Corperation in the 90s. At Hesston the tractors made our Massy Ferguson, Fendt and Valtra. They also make Gleaner and New Holland combines along with other equipment. I live about 10 miles from Hesston. For awhile in the late 80s or so they were owned by Fiat.
GuzziJohn
Last edited by GuzziJohn1; 07-10-2019 at 09:16 AM. Reason: spelling
GuzziJohn1 is offline
Quote Quick Reply
post #8 of 62 (permalink) Old 07-10-2019, 10:26 AM
va rifleman
Member

The old Fords seem to hold their value well in this area. While my friends were buying 4 wheelers, I started out with a gas powered Ford Jubilee like this one though not as clean.
https://i.pinimg.com/originals/ce/65...3d57598b73.jpg

Upgraded to a diesel Ford 801 which was a big step up till one of the horses decided to chew on the wiring. Big eye opener when I went over some wire that was hidden while mowing. One loop of wire came up and wrapped around my foot which was resting on the clutch pedal. It almost dragged me under the machine and bent the clutch arm with my foot still attached!

That’s when I took out a small loan and bought my 1st new tractor. The new 45HP machine had a platform that protected my feet, 4 WD, power steering, ROPS, shuttle shift, a bulkhead at the back that shielded me from bush hog debris and brakes that worked! It also goes anywhere and everywhere without complaint. (I have a lot of hills and uneven terrain)

Quote:
Originally Posted by GuzziJohn1 View Post
AGCO is a large international company that bought Hesston Corperation in the 90s. At Hesston the tractors made our Massy Ferguson, Fendt and Valtra. They also make Gleaner and New Holland combines along with other equipment. I live about 10 miles from Hesston. For awhile in the late 80s or so they were owned by Fiat.
GuzziJohn
Seems like with Hesston, MF, Fendt and especially with Allis Chalmers, it would qualify for a "merger" corp.
If everyone is thinking alike, then somebody isn't thinking.. (Gen George S. Patton)
ironglow is offline
Quote Quick Reply
post #10 of 62 (permalink) Old 07-10-2019, 01:28 PM
Bob Riebe
Senior Member

There is a tractor site, although I have not looked at it for a fair bit, that lists how the companies that now are got there and how, and who, no longer exists world wide.
I have bought a fair number of books in the past ten years on tractors world wide; interesting and some times depressing story/stories.
The Ford 2n, 8n and 9n tractors were/are one of the most popular and useful tractors ever made (as well as teh Fordson that lasted in Europe for a long, long time).
My one grandfather had one and used converted horse-drawn with it till he sold the farm in the seventies.

They were, and maybe still are, ten years ago, being refurbished-re-engined and sold by a company with warranty overseas.


I had a three volume books set on the largest tractors ever made world wide but one volume disappeared and if one can even find it, what cost 40 bucks over ten years ago now is three times that much.


There are still some smaller companies but there are now three or four mega companies that own most of the former independent companies world wide.
We had what was one of the biggest National Tractor Pulls in my home town two week ends ago; it is close enough I could walk to it but have not made it yet.
I will get there in a year or two, and just walking in the pits looking at the radical tractors for me would be the high light.
Tractor pulling in Europe is just as big and radical as it is in the U.S. of A.
RR
Bob Riebe is offline
Quote Quick Reply