This washington sheriff is refusing to enforce his states new gun control law
wells heres a true patriot and look at the slimy snake commie countering him trying to stop our brother in arms
https://news.vice.com/en_us/article/...un-control-law

Quote:
Washington Attorney General Bob Ferguson thinks a lot of that is bluster. But he’s also taking steps to ensure the law is fully enforced.

Quote:
Ferguson went to law school at New York University
got program by the leftis matrix system in ny you see and is surrounded by his agent smiths 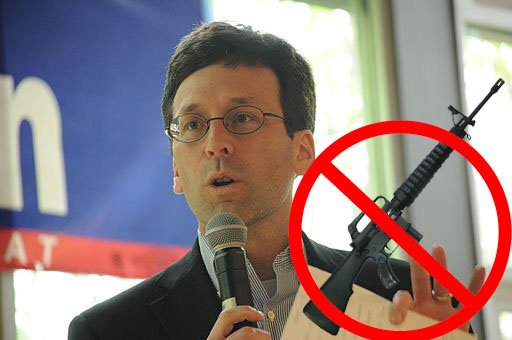 yeah he a pansy funny guy to

Good political move, but a VIOLATION of his own oath of office.... Perhaps he should resign in protest, since his action will not stop the law.

As an FFL are you going to sell a semi-auto in violation of the state law - WITH A PAPER TRAIL!!!!! Just because the Sheriff says he won't enforce the law? Kind of stupid and won't happen. Therefore a point without a purpose.

The enhanced "background checks" have no current mechanism and according to my Sheriff he doesn't have any staff to complete them. So now what??? Are the FFL's going to go against the state law and risk jail????? They could say well the Sheriff said.... on their way out of business and straight to jail.

The current background check on all transfers is not really being enforced in my county - and probably not others - but not made an issue of. The county has only prosecuted ONE MAN for this crime - he gave guns to two different people who committed murder with them.
NWBear is offline
Quote Quick Reply
post #4 of 12 (permalink) Old 03-22-2019, 02:01 PM Thread Starter
sagia308
Senior Member

Quote:
Originally Posted by NWBear View Post
Good political move, but a VIOLATION of his own oath of office.... .
but his oath of the bill of rights, supercedes the control freaks in his state
sagia308 is offline
Quote Quick Reply
post #5 of 12 (permalink) Old 03-23-2019, 11:56 AM
NWBear
Senior Member

I certainly don't agree with the latest proposition, in fact I worked against it - still sorry the NRA did not feel it necessary to run any TV ads against this prop. However the OATH of the Sheriff in Washington says they will enforce ALL laws of the state not just the ones they agree with. As many here have said if you don't like your employers rules QUIT! That is my point about the stand. Also since it won't make any difference - as I pointed out - what is the point other than a political stunt.

The Constitutionality of the laws is another issue. If you want that job you need to go to law school or hire someone to file suit. Our Sheriff doesn't make meaningless statements but he does go out and talk to his constituents and do the job he was elected to do. This includes using discretion with his limited resources to best protect the public. The prosecution of "illegal transfers" I mentioned is not made up, it came from the Sheriff and County Prosecutor - no one is following you around to catch you loaning or selling a gun to someone else you know well.
NWBear is offline
Quote Quick Reply
post #6 of 12 (permalink) Old 03-26-2019, 08:09 PM
clearwater
Member

That sheriff just lost a deputy to a road raging illegal alien. AG sideshow bob is giving sanctuary to illegal aliens. If the sheriff should resign, so should the AG.

Perhaps the "sworn" law enforcement officers should just enforce the laws they agree with... Why not have them adjudicate guilt or innocence too, then we can do away with the pesky court system, while at it just administer the punishment right there...

Of course, again a point without a purpose. No FFL is going to risk his license by selling a gun without the "required" background check. Also if they did the Fed's would come down on them... The Sheriff risks nothing in the move, the FFL risks his business and possibly his freedom. I wonder which one will hold the line???? The way to do this is through the court system (some claim the NRA didn't spend any money on TV ads against this latest law because they were saving for the legal fight, we'll see).
NWBear is offline
Quote Quick Reply
post #8 of 12 (permalink) Old 03-29-2019, 12:00 PM
clearwater
Member

Interesting times in WA state. A twenty year old mom can't buy a semi auto 22 rifle (or a handgun), or, if she has pot, she can be arrested for a felony and lose her kids too. However if that same mom is 21, she is good to go with both. If she is 17, then no felony on the pot and the police will ignore her using. Shouldn't the police resign if they won't enforce the (state) pot laws?

The pot laws are all about the Benjamins. The gun laws all about control.

Of course the Sheriffs risk little and are playing politics. However it does show the public that not all LEO's are for gun confiscation. I'll bet some of those Sheriffs will be running for higher office next. They may get my vote since the wet side of the state is going off the deep end lately and infecting the thinking of the urbanites in the West. Stepping over human waste and used needles has come to Spokane's downtown (and even found needles in my backyard that someone tossed over the fence) and the local city council president wants to tax bullets and guns, and let homeless people camp at City Hall, just like Seattle.

First the sherriff is elected and ansewers to the people not the Govonor or AG. Second passing a law without providing funds to support the law is a problem. I think the sherriff is right in not enforcing any law that requires him to have a cost without compensation.
Shootall3 is offline
Quote Quick Reply