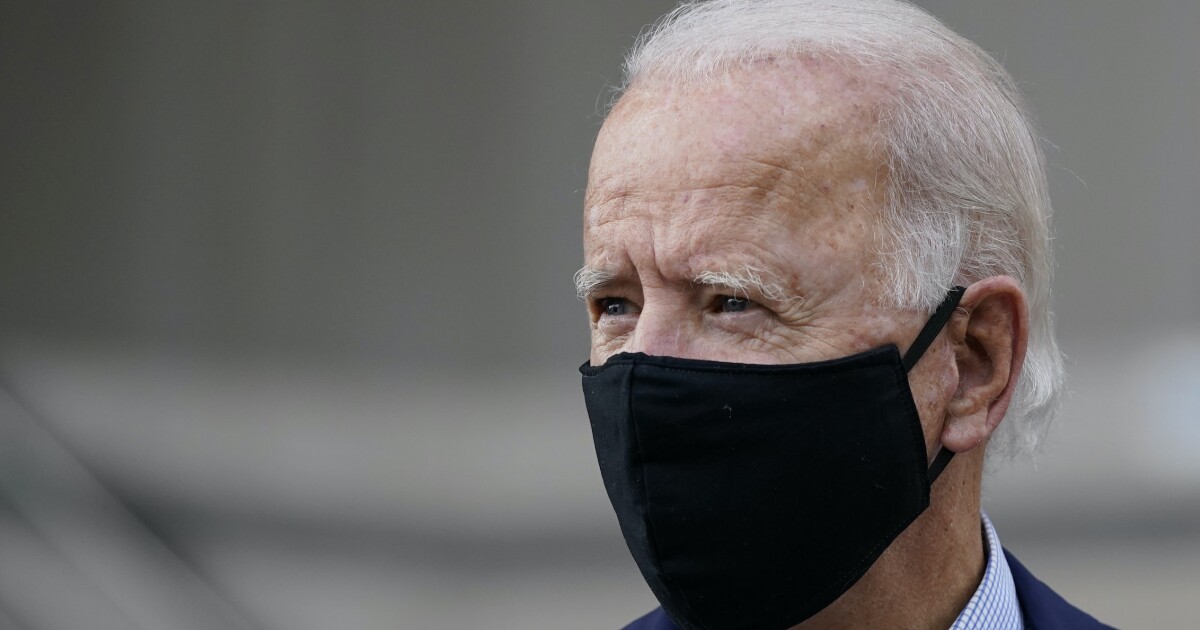 Democratic presidential nominee Joe Biden returns to Florida Tuesday after learning last week he won't benefit from a surge of former felon voters in the state.


Democratic presidential nominee Joe Biden returns to Florida Tuesday after learning last week he won't benefit from a surge of former felon voters in the state.
A federal appeals court upheld a state law requiring ex-felons to pay off their legal debts before they're eligible to register to vote, potentially disenfranchising 775,000 of an estimated 1.4 million people in the 2020 presidential race.
The decision, made 6-4 along partisan lines, essentially preserves Florida's electorate, a state with a reputation for close contests and where President Trump won in 2016 by 115,000 votes out of 9 million ballots cast.
The 11th Circuit U.S. Court of Appeals' ruling will likely be argued before the Supreme Court, though not before the Nov. 3 general election, gifting Trump an early win in the crucial swing state, according to Florida State University's Carol Weissert.
"There are already around 85,000 former felons who have registered, and the court said they could stay on the rolls unless the state finds evidence they haven’t paid their fees and fines," the political science professor told the Washington Examiner. "But there remain hundreds of thousands of former felons who don’t know what they owe, and are fearful of voting and getting into trouble again. The state has been very slow setting up any easy way for former felons to see what they owe and to whom."
The Florida law was introduced in 2019 after the passage of a prisoner voting rights state constitutional amendment the year prior. Amendment 4 flipped Florida's status as one of only three states that permanently disfranchised ex-felons unless they regained their civic rights through clemency. Murderers and rapists, however, still don't have ballot access.
The former felons, who are often from low socio-economic backgrounds, owe thousands of dollars on average. The Florida Rights Restoration Coalition, for instance, raised $4 million to assist more than 4,000 with their obligations.
While University of Central Florida politics professor Aubrey Jewett said ex-felons' voices would be heard in the fall, they have been muted by the letter of the law and a confusing implementation system.
"The battle lines are drawn now," he said, noting that felons weren't "universally" Democrats either. "We're not going to have some huge influx of tens of thousands of voters at the last minute that could sway the election. Instead, both campaigns are just going to have to target known registered voters, and that's who's going to make the choice this time around."
Every vote counts in Florida. It's the consummate swing state that has broken Democratic and Republican three times apiece in the past six presidential elections, with an average margin of victory of 2.6 percentage points. And with voter registration now more evenly distributed between Democrats, Republicans, and Floridians with no or third party affiliation than ever before, the race will hinge on turn out.
"We're in flux. Even though we're not in flux because of a huge increase in felons who are able to register, we are in flux in a number of other demographic groups who voted last time, and turned out, and might be doing something a little different this time," Jewett said.
Biden leads Trump in Florida by an average of 1.2 points, according to RealClearPolitics. Polls indicate the two-term vice president has an advantage with seniors in the state but is underperforming 2016 Democratic standard-bearer Hillary Clinton with Latinos. He's visiting Tampa and Kissimmee on Tuesday to shore up his support 50 days before Election Day.
Weissert described the trip to Florida's I-4 corridor as "a campaign 101" if Biden hopes to gin up enthusiasm in the state for a chance at its 29 electoral votes.
"South Florida is reliably Democratic, North Florida reliably Republican, so the middle and up-for-grabs section of the state is highly valued politically," she said. "Noteworthy is that there is a substantial number of non-Cuban Hispanics in this section."
Cuban Americans tend to be reliably conservative voters, and Republicans have a strong ground game in 2020, "going house to house," warning them about Democrats and socialism, Weissert explained.
"Democrats have taken the virtual approach," she said. "The issue is not how someone is going to vote, most people have made up their minds, but if they are going to vote."
The Florida court ruling is the latest in a series of judgments that appear to be in Trump's favor. A federal appeals court last week also found that Texas could continue restricting mail-in ballots for voters under the age of 65 as the president questions the process amid the coronavirus pandemic and crowd limitations.

If the Florida case is heard by the Supreme Court, the justices may be asked to determine the meaning of "all terms of a sentence" after attorneys representing the former felons argued that making them pay excessive costs was akin to a poll tax.
1 - 1 of 1 Posts
Join the discussion
Continue with Facebook
Continue with Google
or sign up with email
About this Discussion
0 Replies
1 Participant
Last post:
tdoyka 11 d ago
Graybeard Outdoors
A forum community dedicated to the great outdoors and hunting enthusiasts. Come join the discussion about hunting, fishing, survival, archery gunsmithing, optics, reviews, accessories, classifieds, and more!
Full Forum Listing
Explore Our Forums
H&R Centerfire Rifles Round The 'Ole Pot-Bellied Stove Political Issues Discussion Blackpowder Mortar & Cannon by Seacoast Artillery Hand Loading Rifles & Handguns by Diamond K Brass
Recommended Communities