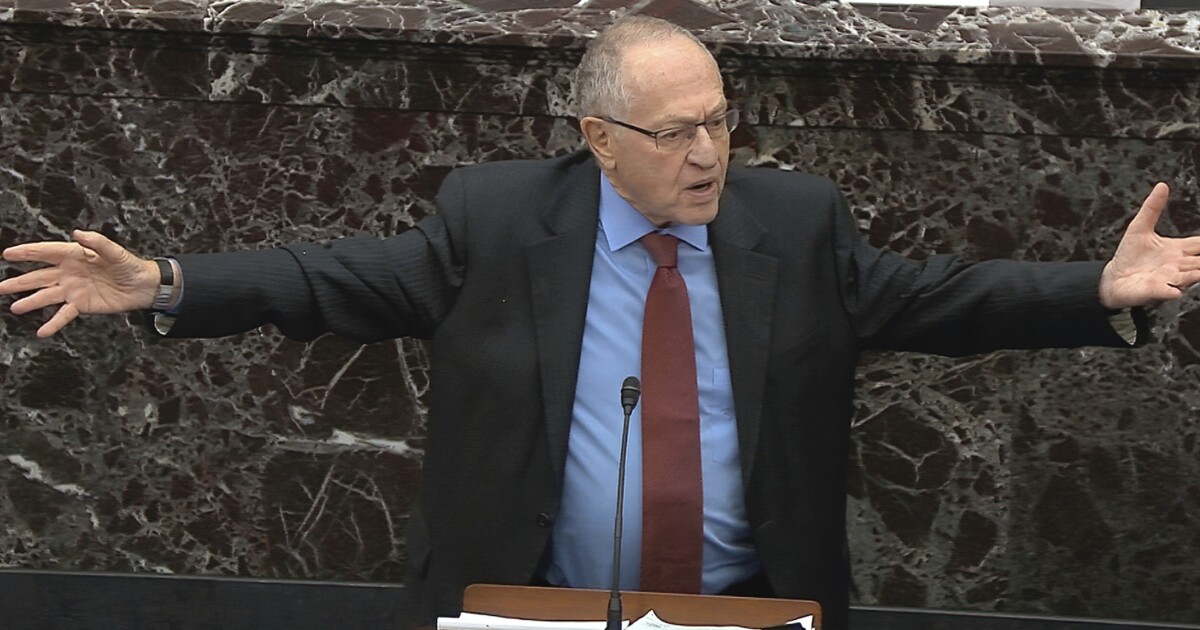 Alan Dershowitz filed a $300 million lawsuit against CNN because he said the network tried to destroy his credibility during President Trump's impeachment.


Alan Dershowitz filed a $300 million lawsuit against CNN because he said the network tried to destroy his credibility during President Trump's impeachment.
Dershowitz, a former Harvard law professor who represented Trump during the impeachment, filed a lawsuit on Tuesday, claiming that CNN purposefully aired a fragment of one of his arguments to attempt to paint him as delusional. The clip in question is related to Dershowitz's argument that Trump could do anything he believed was in the "public interest."
“Every public official that I know believes that his election is in the public interest, and mostly, you’re right — your election is in the public interest, and if a president does something which he believes will help him get elected, in the public interest — that cannot be the kind of quid pro quo that results in impeachment," he said during the January impeachment trial, later adding, "for it to be impeachable, you would have to discern that he or she made a decision solely on the basis of corrupt motives."
In his full answer, Dershowitz noted that Trump could engage in a quid pro quo so long as the underlying actions were legal. When CNN aired the clip, it excluded his full answer, which noted that the quid pro quo could not include illegal actions.
Dershowitz wrote in the lawsuit that CNN presented "a one-sided and false narrative that Professor Dershowitz believes and argued that as long as the President believes his reelection is in the public interest, that he could do anything at all – including illegal acts – and be immune from impeachment.”
Dershowitz argued that CNN knowingly aired a misleading clip to discredit his legal expertise because he was defending Trump. The Washington Examiner has reached out to CNN for comment.
"Professor Dershowitz appears to have made one mistake. He chose to defend the President of the United States and defend the U.S. Constitution at moment in time where CNN has decided that doing so is not permitted. For this, CNN set out to punish him and destroy his credibility and reputation, and unfortunately, succeeded," the lawsuit states.
The lawsuit was filed on Tuesday in the U.S. District Court for the Southern District of Florida. Dershowitz is seeking $50,000,000 in compensatory damages and $250,000,000 in punitive damages.
1 - 1 of 1 Posts
Join the discussion
Continue with Facebook
Continue with Google
or sign up with email
About this Discussion
0 Replies
1 Participant
Last post:
tdoyka 11 d ago
Graybeard Outdoors
A forum community dedicated to the great outdoors and hunting enthusiasts. Come join the discussion about hunting, fishing, survival, archery gunsmithing, optics, reviews, accessories, classifieds, and more!
Full Forum Listing
Explore Our Forums
H&R Centerfire Rifles Round The 'Ole Pot-Bellied Stove Political Issues Discussion Blackpowder Mortar & Cannon by Seacoast Artillery Hand Loading Rifles & Handguns by Diamond K Brass
Recommended Communities